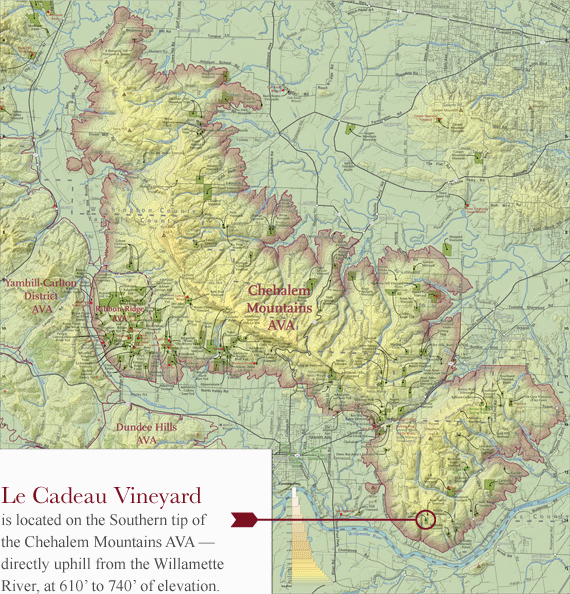 Le Cadeau Vineyard is located on the southern tip of Parrett Mountain near Newberg, Oregon, in the Chehalem Mountains AVA. The 16-acre, high-elevation (610’ – 725’) vineyard was developed and planted with the singular focus of growing distinct and complex Pinot noir.

We are fortunate to have a site with considerable variation in topography and soils. Careful microfarming provides assorted fruit profiles that allow us to craft a range of unique and exciting wines.

The vineyard has many slope aspects and soil types that result in a range of microclimates. For the most part, the vineyard soil is in the Jory/Nekia/Witzel series, with Witzel (a very shallow, broken basalt) as the predominant type. However, the soil on the east side has considerable organic material resembles a cross between Jory and Willakenzie. 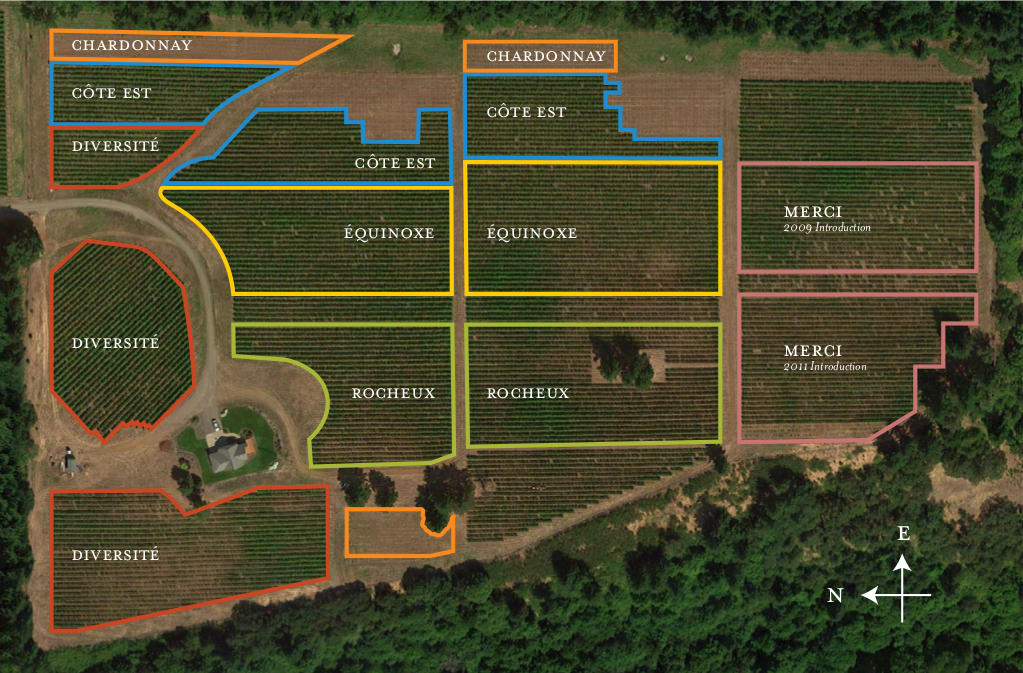 Côte Est Pinot Noir – Produced from fruit grown on the cooler eastern side of the vineyard. These vines are typically picked last.

Rocheux Pinot Noir – From the rocky western side. These stressed vines are typically picked first.

Diversité Pinot Noir – Primarily comes from an assortment of mixed-clone blocks at the northern end of the vineyard and two small parcels at the southern end.

Merci Pinot Noir – From an assortment of new plantings of heirloom clones, including Mt. Eden, Calera, Swan and Jackson.